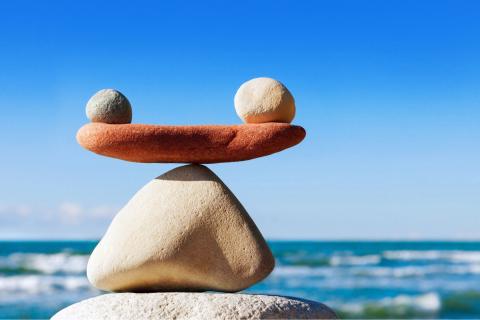 come as you are

A good organizer knows that the fundamentals of base building teaches and guides us to recognize and understand we need all sorts of folks to participate in the change process. Successful organizing needs both the community member who comes to every meeting and takes leadership roles and the person, or warm body, who only shows up to actions and nothing else. Of course, the organizer pushes folks by way of creating opportunities for folks to take on more and more leadership roles and responsibilities but the good organizer never shames folks for not taking roles that are beyond their ability, comfort level, or choice.

Are these rich lessons from organizing translating in our movement cultures? By and large, yes and, often when the pressures of our toxic political environment reach an urgent point, we tend to fall into the crevices and some of us shift into a one trick pony stuck in fight mode. We’re seeing and virtually experiencing a lot of this during and post election day.

Technology is a massive form of how we communicate our thoughts and ideas and ultimately how we relate to one another. Exacerbated by a global pandemic, social media is a primary method of expression and how we reach folks. And, in these times of high stakes, it is both a gift and a curse. The ease in which folks post things that they would hesitate to or never directly express to people, well, that’s something to seriously reflect on, no? Because social media doesn’t require or leave much room for self-regulation especially because it both soothes and feeds our egos.

And here we find ourselves, forced to have chosen between two old white guys, to be the leader of our government, our country, us, neither of whom fully deserving to be the steward of our collective political, personal, financial wellbeing. For many of us in our movements, the dichotomies were absolute: fascist vs non fascist or 45 vs. not 45.

Once a winner was called, many of us reacted differently. Some celebrated, some continued to wince, some pushed to keep the work going, some did a combination of many things, and some critiqued those who were celebrating.

Nature is defined and made whole by contrast. As living beings, contrasts and duality are essential characteristics of humanity. Yet, like most things, culturally we push back on the nature of our beings, consciously or unconsciously, working to create mirror images of ourselves amongst those we’ve forged relationships with, creating this impossible metric to determine who’s on our side and who is not. Heterosexual men identified, tend to lean towards this more than others despite being among the minority of folks who make up our movements.

The coded messages behind the critiques of how folks reacted to the Biden/Harris win weren’t all that subtle. Regardless of the specificity of those critiques, most were a call to share a political identity, one that is unique to the particular person. But how are we defining and understanding our political identity?

Liberation is not a point in the horizon, it is the horizon. How we achieve liberation requires many strategies and tactics, not one or some. If liberation is our collective movements’ end game, then how we assess political identities needs to be broad in the sense that it is made up of folks who are open and flexible to be moved.

A political identity with a baseline of love that centers dignity, our individual and collective right to be who we chose to be and be seen that way, that this love baseline is enveloped in equity and justice. There are beliefs and traits that ground political commonalities that can define collective political identities without imposing the condition that we must all think, feel, and act precisely the same way in order to be on the “right” side. After all is said and done, sadly, those with acute expectations of the latter may find themselves an army of one. And this will just not do, because we need each other. We need all of each other.

“…we find ourselves living in the chasm of the widening gap of the opposite trajectories of capitalism and humanity.”

Basic healthcare is not radical, especially during a fucking global pandemic, it is humane.

Housing for all is not radical, it is humane.

Education is not radical, it is humane.

Migration, for whatever reason, is not radical, it is humane.

Working with a thriving wage is not radical, it is humane.

Equity and justice are not radical, they are humane.

The right to live and exist in absence of the fear and the actuality of being gunned down and murdered by public servants is not radical, it is humane.

We need all of us so come as you are.

the world is at the feet of the mother

a cataclysm of love

Rusia is the Principal of Universal Partnership. She has been doing work in our movements, in various capacities, for nearly 22 years. At the heart of Rusia's work is the core belief that "changing you IS changing the world."